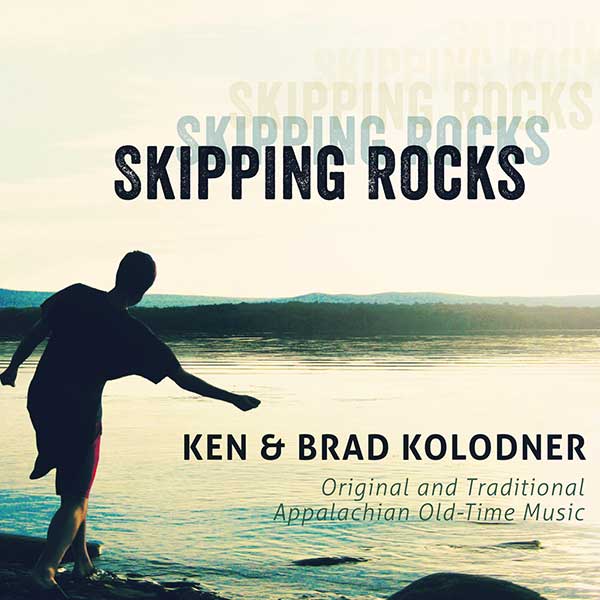 “Ken and Brad are both exceptionally talented musicians and they have created a tight, top-notch sound.”
- Bluegrass Today, January 2014 [Article]

"This father-son duo project is both technically impressive and musically tasteful, a lovely exploration of both tradition and creativity (and of a warm musical relationship)."
- CD Hotlist, October 2013 [Article]

"Widely regarded as one of the most accomplished hammered dulcimer players in the US, Ken Kolodner shines more than ever on Skipping Rocks. His gentle groove is the calm water over which Brad’s percussive banjo skips."
- The Revivalist, November 2013 [Article]

“The musicianship on this album is absolutely incredible. Ken Kolodner is, in my estimation, the finest, most able, and diverse hammered dulcimer player anywhere...Brad Kolodner is simply one of the best of the new generation of Old Time melodic Clawhammer banjo players...it still touches me that a father and son not only can make music that sounds so good, but that they so obviously enjoy making such great music with each other and their music friends.”
- Dan Hayes, The Banjo Hangout, September 2013

“On Ken & Brad Kolodner’s new album, Skipping Rocks, the dynamic pulse of their neo-traditional sound is ringed with masterful guest artists, sewing together new takes on old tunes, and new tunes with old slants. Listening to Brad & Ken Kolodner’s Skipping Rocks not only highlights the magic that seems to spark in musical families, but also transports its listeners to the soft shores of a summer lake, where each skip of the rock is a moment that ripples out; from father to son, from a duo to a musical community, from old tunes to new ones. It’s a moment in life and time that will have you pushing play again and again.”
- Hearth Music, September 2013 [Article]

"Give me a band that has mastered their music, their instruments, and their vocal approach, and who play with feeling and intensity along with an apparent appreciation for the roots of music from an earlier time, and I’m happy. The groupdemonstrates that old-time music doesn’t need to be a stale, modern reproduction of a relic from a bygone era- a pale reflection of nostalgia for a time few of us can imagine. This music can be and- in the right hands- is a modern sound enjoyed by contemporary individuals played with all the passion that music should include. On their album Skipping Rocks they not only treat the music as a living entity deserving of respect and nurturing hands, they bring freshness within their interpretation of old time music. This is a wonderful album, a complete set of music that runs nearly an hour. It is bright, lively, and thought provoking. "
- Fervor Coulee, January 2014 [Article]
Add to Cart
Proudly powered by Weebly