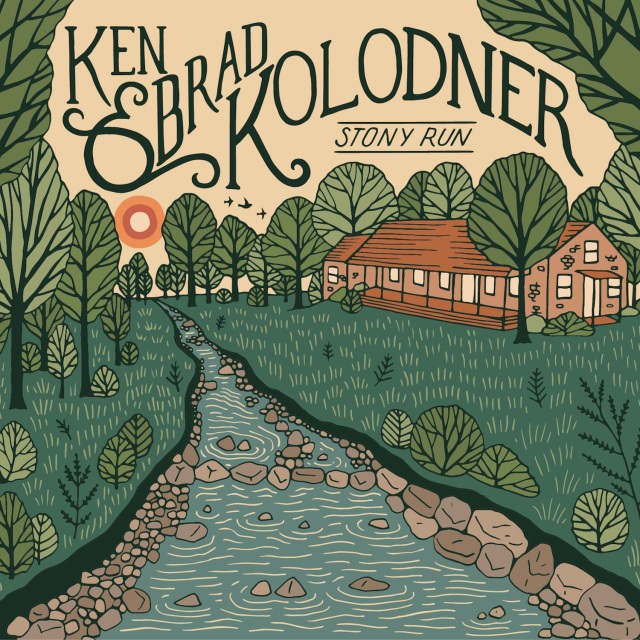 Father-son team Ken & Brad Kolodner have a musical bond that runs deep. For more than ten years, they’ve explored the sonic and textural possibilities of Ken’s hammered dulcimer and Brad’s banjo sculpting a unique sound that’s taken them to stages around the country. Their fourth studio album, Stony Run, is their most adventurous record to date with ethereal soundscapes abound. Their groove is tight while genre lines are blurred. The title track, composed by Brad, is named after the stream that runs between Ken and Brad’s respective houses in Baltimore City. It’s the lush area of solace amongst the bustle of urban life that inspired this tune. The album kicks off with a driving rendition of the bluegrass classic Wild Bill Jones. Brad’s singing takes center stage on Kate Wolf’s moving number Across The Great Divide and Walt Aldridge’s stirring piece Ain’t No Ash Will Burn. Ken’s haunting original, The Circle, provides a moment of calm reflection. They wade into uncharted waters on Black Eyed Susie and Shakin’ Down the Acorns blending the hammered mbira, a steel-rod version of the hammered dulcimer, with the gourd banjo – a combo that earned them the blue ribbon in the acclaimed neo-traditional band contest at The Appalachian Stringband Festival in Clifftop, WV in the summer of 2019. Shortly thereafter, Ken & Brad hit the recording studio with West Virginia-born fiddler/guitarist Rachel Eddy and upright bassist Alex Lacquement. The album will be released at the 2nd Annual Baltimore Old Time Music Festival, an event founded by Ken & Brad who have grown into community leaders for the burgeoning Baltimore Old Time music scene. Stony Run is a genre-bending journey played dynamically and with a fiery drive only achievable by the close familial bond Ken & Brad Kolodner have.